Like in most modern economies, it is mandatory to renew trade licenses annually in Dubai. Failure to renew trade license attract very high fines per day. Renewing a license generally costs between 40% and 50% of its initial cost. For instance, to renew a license that originally cost AED 20,000, one would be required to pay AED 10,000 at a 50% renewal rate. Dubai Department of Economic Development (DED) is the body mandated with the issuance and renewal of business licenses in Dubai. Dubai business licenses are usually valid for a period of one year and can be renewed three months before expiry or within a month after expiry. Delayed renewals exceeding a month attract penalties.

Exactly how much a license costs in UAE is not easy to tell since each emirate has its rate and so does each Free Zone. However the following are the general rates for applying for the general license in Dubai as well as additional costs such as renewals, initial approval, trade name renewals and fines among others.

Here are the documents you will need when renewing a license: 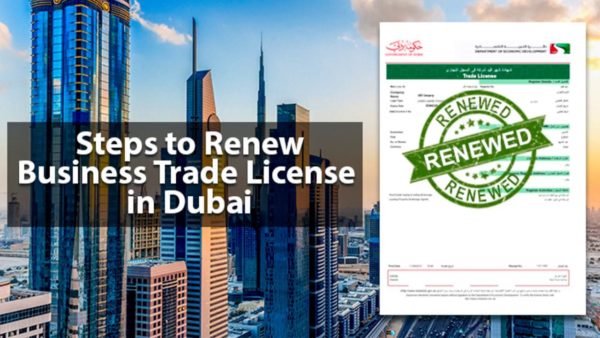 With all the requirements met, you can visit the DED’s main office, its branches or UAE post office to place your application for renewal.