Subtitling or Captioning refers to displaying textual versions of the dialog in films and audio visual contents. Subtitles are usually displayed at the bottom of the screen and usually closely follow the story line. Subtitles are used as a written form in the same language of the dialog or written form in a different language of a dialog (involves transcription, translation). Subtitles are also used to help the hearing impaired or deaf audience and Translation in Dubai help you to create great caption for your videos.

Source script with time code: Since usually it is a movie, the source script is either given by the client (find out) or if they don’t, we have to transcribe it. This means the client has to first pay us for Transcription (hearing the voice in the movie and writing it down in the same language and time code is denoted as 00:00:00 for hours, mins, seconds. The time code means exactly when that dialogue happens from the beginning of the movie). The charges are per minute (charges depend on the language used in the movie) and one minute has about 120 words (so you can estimate word count according to the length of the movie). Usually this transcription (script) is first sent to client for approval so they can check it themselves first. Translation: Script is then sent for translation with clear instruction to the translator to make very small sentences and phrases explaining to the translator that it is for subtitling. Usually the script is sent along with the time code so that the translator gives us the translation that can be read in as many seconds as indicated by the time code. Translation is the second component of the cost that the client has to pay. 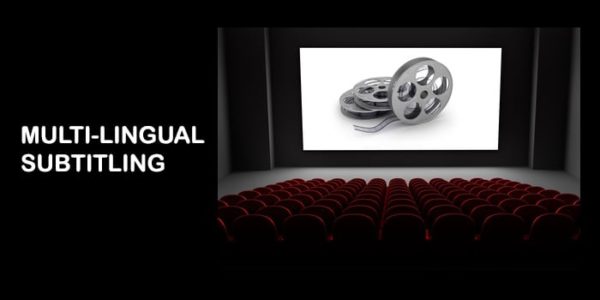 The translated text given by the translator is then integrated with the movie according to the time code so that the subtitle appears exactly when the dialogue is being said. Integration is the third component of the cost that the client has to pay. Usually there are 20 subtitles in a minute and an Integration fee is charged based on the complicity and time period of the project. We provide subtitling services in more than 200+ languages by our native speakers in all associated programs.

Our team performs subtitling in 3 stages. The first stage is source script with time code in which the client either gives us the script, or we transcribe it by listening to the voices in the video. The time code refers to the exact point when the dialogue starts within the movie. The script is then sent for translation with clear instruction to the legal translator alongside other relevant information that helps them do their job well.

The translated text given by the translator is then integrated within the movie according to the time code so that the subtitle appears exactly when the dialogue is being said. With more than 200+ languages available, you can confidently rely on ASLT for your subtitling needs.